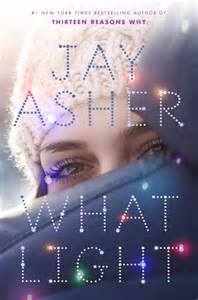 This is a good book to read at Christmas time. Sierra and her family live on a Christmas tree farm in Oregon. Once a year for a month they go to California where they have a tree lot where they sell the trees. This has happened every year since Sierra was born. She has two sets of friends, Liz and Rachel in Oregon who she spends most of the year with, and Heather in California who she only gets to spend a month with. Liz and Rachel are a bit clingy and the first couple of chapters see them prepare gifts for Sierra and tell her how sad they are that she is going. She will miss them too but she also misses Heather and her family and can’t wait  to see them. The tree lot has also  been in her family for two generations and is under threat because they don’t make enough money from it. Sierra doesn’t want this to happen.

You don’t get much background on Sierra, just what’s going on at the time; you do find out that she has had boyfriends before but the only mention of it is that she only does worthy relationships and doesn’t see the point of just dating.

When she arrives in California we meet Andrew, a guy who works on the tree lot and asked her out last year. He is a bit of a nasty piece of work; don’t like Andrew! Sierra’s dad doesn’t let her go out with any of the boys that work on the lot, even though she must be about 17, and makes them do horrible chores if they so much as look at her. Heather also has a new boyfriend called Devon who she is planning on dumping after Christmas, he’s boring apparently.

After a couple of days of setting up, a cute boy with dimples appears and buys a tree. She describes the boy to Heather who immediately tells her that this is Caleb, and he’s bad news. When he appears the next day and they start talking Sierra decides she wants to give him a chance and find out more.  Sierra and Caleb start to see more of each other and she slowly teases out of him what’s  going on. I won’t spoil it for you but it’s a bit random. She also discovers that he is buying Christmas trees out of his own pocket and delivering them to people who can’t afford to buy their own. As  they slowly fall for each other (given that she is only in town for a month it took them ages to kiss!) she needs to decide whether the Caleb she knows now can make up for the rumours she has heard about the old Caleb.

This is a quick read at just under 250 pages and it was nice enough to keep me interested until the end. I didn’t really feel any emotional attachment to any of the characters although, the end did make me a bit teary! If you like a bit of cheesy romance at Christmas  time  then this is the perfect book for you – and a very different feel to 13 Reasons Why which was quite depressing!

PS> the only thing that really blew my mind was that afterwards, when looking for a picture of the cover photo, I discovered that Jay Asher is a man! I really wasn’t expecting that given that the main character in this  book is a girl and it’s written so well. It did explain why Sierra was a little emotionless though, and the description of feelings wasn’t really there. Still, it was well written and enjoyable.

3 thoughts on “What Light – Jay Asher”